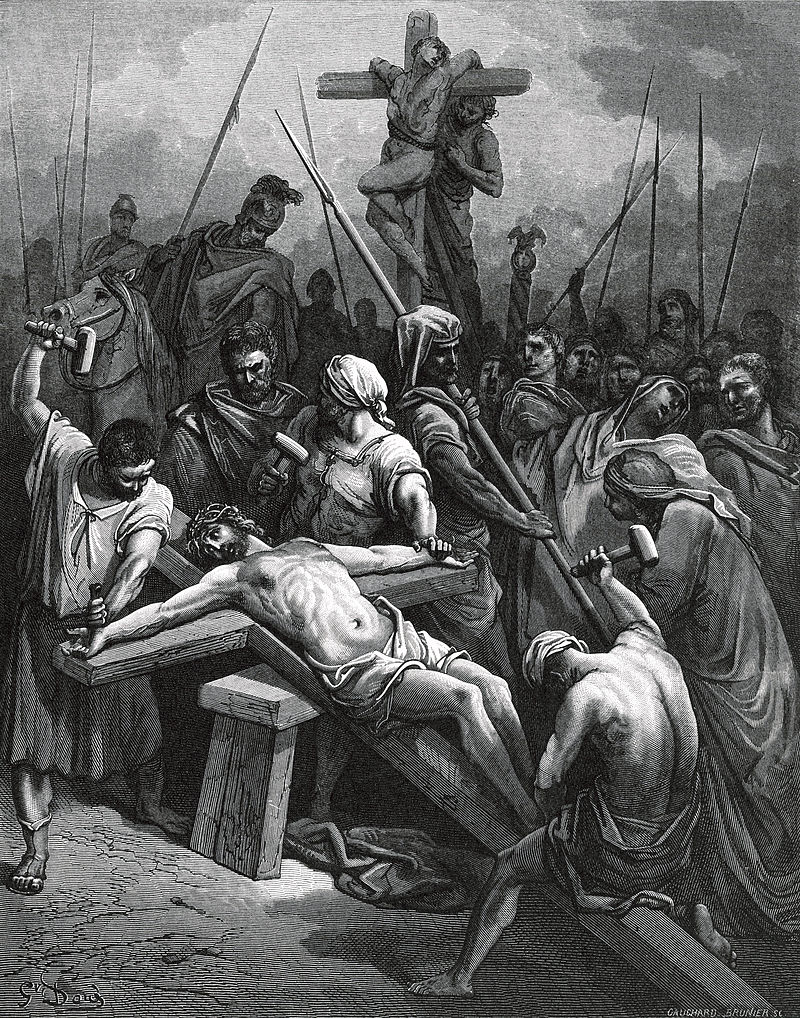 When getting crucified, Jesus says, “Father, forgive them, for they do not know what they are doing.”

I think there is too much misunderstanding of this passage.

Did Jesus here forgive the Pharisees, the High Priest or Pilate?

No, they committed unforgivable sins as were committed to never repent.

Jesus prayed for the soldiers pounding in the nails as they have no way of knowing he is the Son of God. They are killing the author of life which is a horrible act, but Jesus knows they are not to be blamed. They are just doing their job to kill a convicted criminal.

This is clear from the context and all that Jesus is. Why is this verse often quoted?

Father Forgive Them and Help Us See

I think we hope Jesus is saying this to us. Not so, we are sinners and have no excuse actually. He was not praying for us in that moment. He was praying just for the soldiers and nothing more.

We rightly see the High Priest and Pilate as the responsible agents who should be punished along with Judas. Jesus was not praying for them in this case.

God will hold the soldiers responsible for their sinful lives. He will not hold them responsible for killing the Son of God. Jesus saw that as unfair and intervened for the soldiers and so that we could know they were not at fault.  We need to know who was at fault and see that we often stand in the same space as Pilate, Caiaphas, and Judas. God help us not to stand in these spaces. Passionate Christians have the greatest risk of being the High Priest. We all do it at times actually. Lord, save us from ourselves.

We can never be the soldiers actually.  All Christians know Jesus is the Son of God. We should know Him when his Spirit arrives on the scene. Evenmoreso, we should know His scent. God help us as we are without excuse. You may also want to read, “How Does God Work in Covid-19?”

We want Jesus to say “Father, forgive them” to us actually. Jesus will say to us that we have done wrong, and he died for us that he might forgive us.  We are not innocent like the soldiers in this story. We cannot be.

Help us also to see what you are saying. This simple story we tend to make some holy thing. It is a good thing and it is You, Lord, but it is nothing else.

Lord, do not hold this sin against them.

He is doing this as Jesus did it, but it is not the same. Is it right to say. “Father, forgive them for they do not know what they are doing?” Stephen said an untruth actually. The guys stoning Stephen were enemies of God who will be punished for stoning Stephen because they knew what they were doing. They were killing a loud follower of Jesus.

It is not right to do this thing and act like Jesus did. Jesus did not do what Stephen did.  Let us not be “holy” in this way and so follow Stephen and not Jesus.