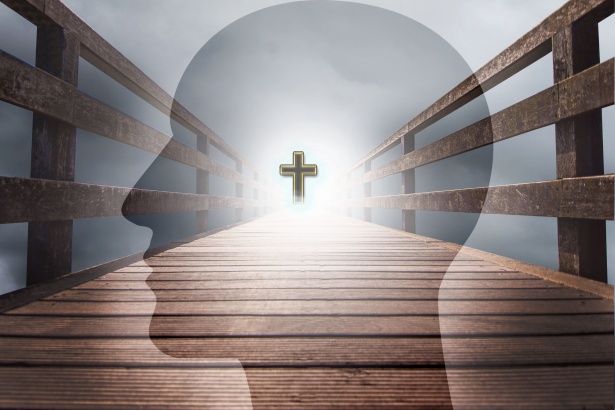 Living in China where the government makes explicit efforts to make sure every school child believes in  Atheism leads to certain difficulties for people who want to believe. Having lived in this context, let’s talk about faith, and see what it is.

As such, I know a handful of people who love Christianity, but cannot bring themselves to believe though they try.

Let’s Talk About Faith of My Dear Wife

Let me tell you my wife’s story.

As a freshman in college, a classmate told her she had two fathers. The conversation that followed helped my dear wife see that her new friend really believed in the Heavenly Father. My wife made fun of her and thought she was ridiculous.

However, she noted there was a special bond between the Christians at her school that she could not see anywhere else. She started to join their group to be with them. They gave her some material that explained that atheism did not live in such certain scientific grounds as it said. She learned that faith was truly reasonable. She accepted Christianity and would pray with the Christians and read the Bible with them. However, she knew in her heart that she did not believe. She simply liked these people and their faith and wanted to be with them. For 18 months she pretended to be a Christian. This made her feel so bad, so finally, she stopped going as found she could not believe.

A week later near end of her third year of college, she ran up the stairs to the roof of her 6 story dorm and opened the Bible, and it fell to John 14:1-4.

14 “Do not let your hearts be troubled. You believe in God[a]; believe also in me. 2 My Father’s house has many rooms; if that were not so, would I have told you that I am going there to prepare a place for you? 3 And if I go and prepare a place for you, I will come back and take you to be with me that you also may be where I am. 4 You know the way to the place where I am going.”

As she read it, suddenly her eyes were open, and she could feel Jesus speaking these words directly to her. She was thrilled and prayed and prayed and left that roof in joy as she had found the faith she so longed to have.

(I met her 6 months later, and three years later we got married.)

Ah, What is Faith?

Now faith is confidence in what we hope for and assurance about what we do not see.

Yet, we see see that faith is precious. It gives us courage to love this life and live it abundantly, We have found that we are loved and live in a world with meaning and purpose.

The people who cannot believe live in darkness where only shallow meaning can be found and a deeper look show they are just a random assortment of chemicals, meaningless.  Perhaps, they can find meaning in saving the whales? I do not know. Really, I feel bad for them. May we pray for them and give them love as from God’s own hand.