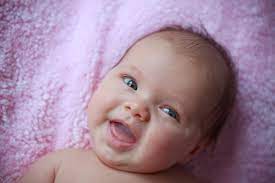 We are made in the image of God according to Gen 1:27:

We do well to remember that. Let me give an example or two to help us think.

In the world, the people of the snowy north are much better off than southerners. Why?

An Example To Illustrate

The Philippines and Japan are both island nations in the West Pacific.

Let’s look at this more. the Philippines is rich in mineral resources and has great agriculture as mentioned.

Japan is famous for having virtually no mineral resources and virtually no agricultural land.  They also have winter and Philippines has none.

Now, who is rich and who is poor? Japan is rich. Are they genetically smarter than Filipinos? No trace of that exists.

My friend mentioned that life is too easy for Filipinos. They never have to store up for the winter as have no winter.

In Japan they have no resources and so are forced to look inside themselves for strength. They, like us, are made in the image of God. So, when they relied on what was inside them, they got much richer than Filipinos who had material riches and so did not reach inside themselves but rather relied on the land.

Even Within One Village Dramatic Difference Seen

Relying on the land kept the peasants down in my poverty alleviation work in China.

I went to a poor village whose land had high saline content and little rain. One mud brick home after another told me their sad tale of their bad land and how they could only be poor. None of them had any idea what to do if we gave them a micro loan other than buy better seed.  Then, I rounded the corner and there was a beautiful brick house with colored paneling. I went in and the man of the house started telling us his plans for the year of how he would bring value in his context and send both his daughters to college. Other villagers rarely had girls go to middle school.

We Are All Created in the Image of God

When I asked him if he could use a loan, he started to list all the things he could do with the capital to make it grow.  He had the same bad land they did and no special help. He simply had discovered that he was the most valuable thing he had and not the land he possessed. Indeed, each of these villagers had the potential to get rich if they only believed that the most valuable thing they had was their own spirit.

Why didn’t the villagers copy him and get rich?

If only life were so simple. The rich family could not explain that they use the image of God within them. They could not teach the class, and the villagers would likely not benefit with a class.

We see ourselves much as our parents saw us as a little child. If our parents saw us of infinite worth, we are likely to grasp the class easier as adults.  However, as Christians, we can know it is true and overcome a lot to see ourselves as the infinitely valuable people that God made us to be. Let’s accept that each person we meet is of infinite worth. See also Raising Children for and with God.