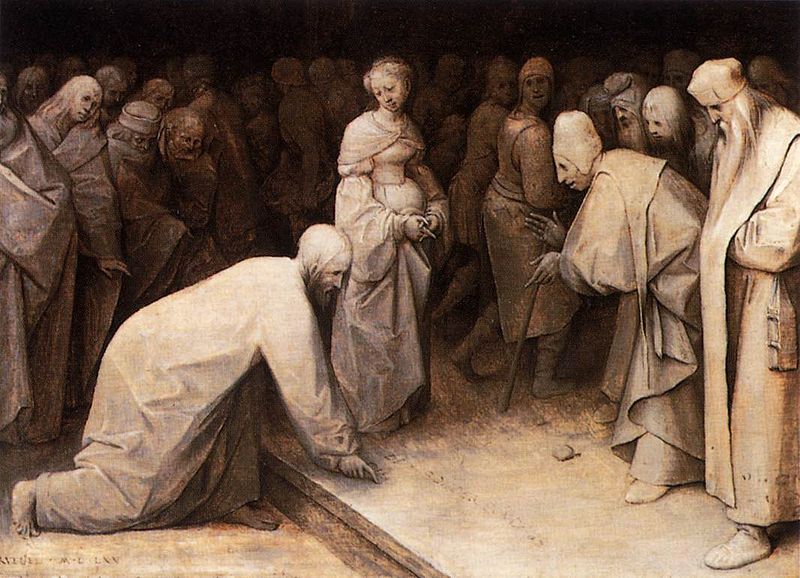 Better Thought on Woman Caught in Adultery can help us know God better. Let’s look more closely at what uis also called, the Pericope Adulterae (John 7:53-8:11). Why did Jesus not have the woman caught in adultery stoned? (For discussion on if this passage is Biblical, see Two Doubtful New Testament Passages.)

Mercy? Jesus never went against anything in the Old Testament. Jesus was without sin.

If a man is found sleeping with another man’s wife, both the man who slept with her and the woman must die. You must purge the evil from Israel.

Note how Jesus did not ask the men if she was guilty. They both agreed she was guilty.  He asked them to cast the first stone if they were without sin. Why did the men not stone her? What sin had they committed?

The passage is super clear, and they all knew it.  Do we not know it?

The passage says both the man and woman should die. This situation was totally unfair. Where was the man? Why was he not dragged out? Jesus saw this injustice and called them on it. Jesus also saw she had a heart to repent, and asked her to not do it again. He never said she did not sin. He just refused to unfairly have her killed.

We Need Better Thought on Woman Caught in Adultery

In this case, the ruling Jewish Elders were setting Jesus up.  If he said “stone her” then he would be breaking Roman law, and they could report him. If he says “forgive”, then he is denying the law and should not be considered a teacher.

The problem in their trap was that these men did not want to stone a fellow Jewish man. A woman was expendable. Jesus did not think so. He did not get in trouble with the Romans or the God’s law. Jesus was the genius as always and cared for the downtrodden while not condoning sin.

We follow Jesus for many reasons, but certainly more so due to what He did here.