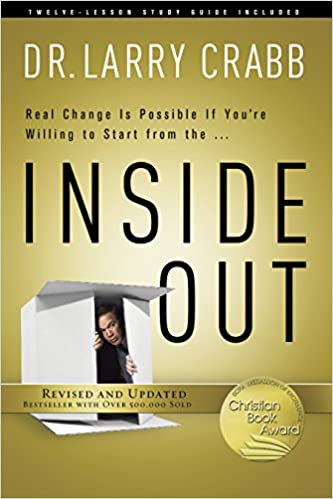 I think Does God Like Psychology is a good question.

Let’s think through it some. First, We can all likely agree that Sigmund Freud will not be in heaven. We can agree that his thought that almost every problem relates to sex is nonsense.

A Puzzle to Obey God and Become Human

I have written that I grew up with parents that did not want me to feel. When I was 26, God showed me clearly he wanted my heart and not just my head. I had no idea how to get there.

My friend had a book by Larry Crab called Inside Out. He explained that Jesus said we should wash the inside of the cup and not just the outside. His Biblical thought helped me a lot to start moving. A friend gave me the book Hiding From Love which is also written by a Christian psychologist, John Townsend. It can specifically describe my problem. The Bible could not. So if I stopped with just the Bible and no psychology, I still had no place to go to give God my heart.

Some Commands Take More To Solve

My wife was deeply hurt by her mother and father in childhood. The Bible says we should forgive as God has forgiven much more than anyone has harmed us. My wife understood these words, but it could not solve the deep hurts. She still felt like she wanted her parents to get hit by a bus. I felt that way about one of my former Christian bosses. We could both pray and say we forgive them, but inside we still wanted to see them hit by the tower of Siloam.  Prayer Resolution Ministry, which learned a lot from psychology, helped us give this to God.

God gave me a super emotional wife. That is how God made her. He made no mistake. She needed more emotional connection from me. She got tons of Christian counseling. No use. One Christian marriage counselor said our problem was all my wife’s fault.  She used as evidence that she did not make eye contact with me like I did with her as well as other highly measurable differences. We never went back to her.

EFT by Susan Johnson proved to be the solution. She wrote a breakthrough book called Hold Me Tight. A Christian saw that we needed this and convinced her to write a book for Christians call Created for Connection. Why did we Christians need a book with the same info but using Christian words and Bible words? The book is great but could not get me nearly enough. We needed an EFT counselor. We found one though we live in China. In the 8th session, the counselor cried out to me. “Can’t you see how you are hurting her!?!?” Something opened deep in my heart. Our marriage started to change. My wife and I see a future together now in Christ.  Susan Johnson openly admits she is only a seeker and not a Christian. Her research and thinking gave me a happy marriage after so much strife.

I had a huge headache understanding one boss of mine. The DISC personality theory was developed by an enemy of Freud’s who believed in God. Carl Jung was a founder of DISC thinking. DISC indicated that both he and I are the same as both are D personality people. I googled and found a shockingly accurate description of my boss.

Atheists Can Discover God’s Design Too

He indicated my boss had a personality like Thomas Edison who invented many things but ruined every company he managed (ENTP inventor personality). I am an ESTJ supervisor.  The guy, (see Keirsey.com) who could explain my boss wrote a book called Please Understand Me II.  The publisher is Prometheus Books. They are a strongly atheist US publisher. That book helped me understand my boss, wife, coworkers, and church members better. Therefore, I wish we Christians could see that atheists can discover God’s truth in how we are made just like any Christian.  He showed that ENTP’s far from being similar are usually mortal enemies with ESTJ’s of which I am one. See also God Gave Me Life Breakthrough.

Let’s be more open to seeing how God has designed our inner selves. Non Christians can find the designs that proves He created this universe. In psychology, Non Christians have done quite a bit that uncovered how God made us and what connects with our deepest longings.

I have found that psychology is no different than health care. Both have some ideas that I refuse on Christian grounds. They also have great merit in the right places and have helped me a lot. I say psychology is what people have discovered about how God designed our inner world.