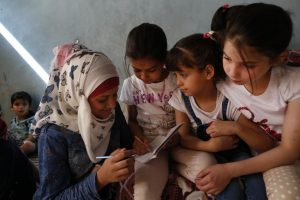 How are we representing God? Or how are Christians viewed? Are we giving God a good name in public?  We all know that the US church is in decline. Let’s think more.  Here, an evangelical pastor writes to chart 50 years. Look at this data.

Christianity has traditionally been seen as a stabilizing, even moderating, influence on American life. In 1975, more than two-thirds of Americans expressed “a great deal or quite a lot of confidence in the church,” according to Gallup, and as of 1985, “organized religion was the most revered institution” in American life. Today, Gallup reports, just 37 percent of Americans have confidence in the Church. This downward spiral owes principally to two phenomena: the constant stench of scandal, with megachurches and prominent leaders imploding on what seems like a weekly basis; and the growing perception that Christians are embracing extremist views. One rarely needs to read to the bottom of a poll to learn that the religious group most opposed to vaccines, most convinced that the 2020 presidential election was stolen, and most inclined to subscribe to QAnon conspiracy theories is white evangelicals.

How Are We Representing God in Conspiracy Thinking?

The Resurrection of Jesus Christ is not accepted as fact by most historians, but Christians having seen the facts with God, find faith.  Unfortunately, we are then open to more conspiracy beliefs and need to beware. Let us be radical for God and not political thought.

For example, Antifa is a weak response to right wing White supremacy. No white supremacy, no Antifa. They are anti-facism and anti-racism. We Christians are Anti-racism. (Note God’s thoughts on Moses marrying a black woman.) Antifa is disorganized and powerless compared to the right wing extremists. Most are non violent.  Why would we fear weak anti-racists who are pro-democracy?   Nonsense. We must not become politically hot. Evil politicians will use us for their nonsense, and we will make God seem a fool. Even if Antifa risk was real, we need to let God be God and not be hot about politics.

Should We Be Moral Police? Aren’t We Sinners Like Them Actually?

In the Old Testament, both Abraham and Isaac said their wives were sisters and David slept with Bathsheba. Scandal was part of our start up. It all showed that we are in need of a Savior as not even the best of us is holy.

I think we need to be careful not to ask so much of Christians who become famous in song and preaching. We, also, having seen them, need to seek more and more accountability that we have not a trace of immorality. Fame leads to too much temptation, and so needs 10 times the accountability.

Unfortunately, we Christians have pointed out moral failures of non-Christians in public making these test cases. Result is when Evangelical leaders failed, the judgment we gave fell on God and us.

As an old example, Bill Clinton claims to be a Christian but his behavior was not good, and we knew he was not a Christian. Therefore, when he got caught up in moral scandal, we need not judge him. We need to love him back to seek God.  Contrarily, we condemned him in the harshest terms, and we were like the Pharisees. Now, we and, therefore God, get judged harshly. (I am not saying we should vote for Bill Clinton and other people of poor character. We should love him though.)

How About the Orphans and the Foreigners?

We do well not to moralize with non-Christians.  They need Jesus. He will lead them from immorality. Lets us love and care for all people.

Finally, How can we represent God?  One thing is let not a hint of immorality be seen among us. Then, may we be clear headed and not politically hot. Then, for example, can we be known for caring for orphans and foreigners as the Bible directs us? That is what God has for us. Will we receive from God this life of caring for the down trodden? Can we be harmless and loving to those different than us? Let’s do this.