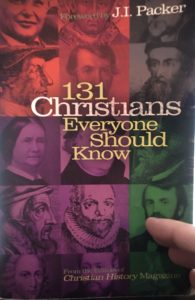 Jesus did not start any denominations, yet today there are thousands. How should we view that? Why so many Christian Denominations?

In the 2000 years since Pentecost, the church has grown from hundreds to billions. Jesus encouraged us to have faith. He did not give any guidance on seminaries, church buildings, church size, or a plethora of other topics. Jesus was looking to lead all who would follow.

In the Bible, the church started in Jerusalem, but Jerusalem was destroyed in 72AD according to Jesus prediction. Then, we see in Acts that Antioch became a missionary sending agency. Much of the Roman world of faith traced their faith back to Antioch.

Alexandria was a seat of learning in North Africa. Origen and others in that area made Alexandria an important early seat of faith.  All roads lead to Rome, so lots of Christian leaders invested there.

So, by 200 years after Jesus died, some great cities were recognized leaders in the faith. Several Christian cults had appeared and got put down. Then, Constantinople became the capital in Eastern Rome, and so lots of Christians started studying there. By 451AD at the council of Chalcedon, Rome was already trying to prove it was best. As the dark ages descended on the West, Constantinople and the Eastern Roman Empire thrived. Antioch and Alexandria were overrun by Muslim armies. Constantinople spoke Greek as did the East. Rome and the West spoke Latin, but finally only the church used Latin. The dark ages led to less travel and less connection between Roman Christians and those in the East. Some understandings started to diverge.

Pride of the Popes Was the First Step

Rome started to think they were the center of the Earth. Constantinople thought we were equals. In 1054, the Pope from dark ages West asked the patriarch of still Roman Constantinople to submit. It was nonsense, so the two sides broke up, and the Orthodox continued to diverge from Rome as the two sides never talked anymore.

So Rome just focused on Western Europe, and the Pope still said he was Universal leader of the world-wide church. They claimed he held Peter’s authority. Doubting Thomas in India and John in Patmos were still working after Peter died, and they certainly did not go back to Rome to find a leader there to report to.

Everyone saw that by Councils of all Christians that they could work out theological problems among almost everyone. Rome just got too power hungry and would not submit to councils anymore.

By the time of the Reformation in 1517, the Catholic Church had become horribly corrupt and power hungry. Half the church leaving woke them up a little.

Why So Many Christian Denominations? We May Have An Answer

Now, everyone who wanted a Bible could get one due to the introduction of the Printing press(1455) and translation in local languages (German 1521). Suddenly, thousands of people could deeply read and understand the Bible. Not surprisingly, many different original ideas emerged.  In the modern era even independent churches have become common. They usually will publish their main tenants of faith to help us know them. We do house churches here in China.

If you look closely at each denomination, you will see that they have seen or emphasized one aspect of Jesus’ teaching.  Others have decided that some disputable matter is not disputable as far as they see it.

I have fellowshipped with some other denominations and was amazed that they have favorite Bible verses that I had not thought much about before. Each denomination is discovering something that we often could gain from if we chose to listen. They would not be a denomination if they had nothing.

Now, regular readers of this blog know that I counsel against taking things that are not clear in the Bible and choosing to make them clear.  God would have made them clear if He wanted. However, we should not be afraid of Christians that are different than we are. The Spirit within us can lead us when we touch other denominations.

I do not mean we should attend Jehovah Witness, Mormon, and other clearly not biblical groups.

Many denominations is good as long as we keep learning from each other and not seeing the other denominations as the bad guy. God is certainly bigger than any one denomination. Let’s not limit Him to our corner of the world.