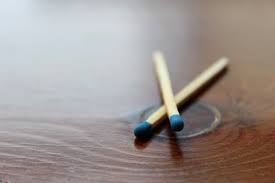 I say democracy at risk because extreme cases are being tried that should never have been tried with no evidence at all. Then, the Texas Attorney General went to the Supreme Court to ask them to overthrow the election for irregularities in four states Trump lost. He did not say they should throw out the results in any state that Trump won. The 4 states just happen to have Republican controlled legislatures. So if you throw out the vote in these 4 states, the Republicans will appoint Republicans and Trump will win.

Texas and many other states had similar irregularities by the way. Irregularities were understandable in Texas and Georgia as legislatures avoided meeting due to Covid 19. Then Governors made decisions as the virus information changed. It was all very legal. Lots of Christians loudly supported this case even though it is unfair and nonsense. The result, if successful, would have been a loss of our democracy. Voting would be thrown out if not in favor of the President. The losing party would then get their state to send a similar provision against the states they want to change.  All with no evidence and just a raw grab for power.  That precedent would be horrible.  It would tear us apart. How do the non Christians feel about us supporting this? The Supreme Court said no to this. So we still have a democracy where the votes count even in states that went against Trump.

Democracy at Risk and Christians Are the Reason!

The Supreme Court said Texas had no right to manage these 4 states. 6 conservatives told Trump to take a hike. The case was nonsense. It was like trying to take over by coup while clothed in legal clothes. So unreasonable and even scary.

The 6 conservatives cannot be voted out of office like people in the House of Representatives.  They can see clearly and told Texas to go home. Trump appointed federal judges have also told Trump to go away as he cannot touch them anymore.  Most Republicans in the House feel great risk that Trump’s supporters will get them thrown out in the next primary. So they care about their jobs and not about truth or justice. Too many Christians support this. The lost will not want to hear us due to our support of overthrowing the election.

That is so sad.

They throw reason and Democracy under the bus out of fear of what Trump supporters will do. Way too many of his supporters are Christians even now. Lots of Christians believe Democrats stole the election even when there is no proof. They need to watch more than just right wing news organization.  I watch BBC to try to get unbiased on the US for example.

I had a well meaning American Christian tell me Trump would win the Election as Trump is the Chosen One. I was shocked to hear this.

Now that Trump has lost, does that means that ‘his god’ is impotent? Or he has listened to a false prophet and needs to call out who that false prophet is?

I had another Christian tell me the ‘Intifada’ was endangering America and not the right wing militant groups. Help my heart, Intifada! First this is an Arab term meaning to shake off oppression. It is good to shake off oppression. Intifada is not an organization and all efforts by Palestinian Christians to shake off Israeli oppression failed. Yes, a lot of the Palestinians were Christian. If that shaking could not push over Israel, what are we worried about? Palestinian shaking overthrowing America? There is no intifada organization in America that has rioted in US cities. Enraged black people burned down buildings. It was not Palestinians, and there is no such intifada organization.

I told one Christian I thought Biden better to save America, and he said he would pray for me. Why Are We Divided Against Other Christians?

God Help Us Not Support Nonsense to Support Trump

It is a sad day for me as things look like this for American Democracy because many Christians will support anything Trump does and not turn against him. He brought 40 nonsense court cases and Christians supported him with money to do it.  Further, we do this giving no thought to Biblical Economics or fairness.

What can we say to the lost to draw them to Christ’s love now?

I could be wrong, but I see we have followed the wrong person instead of trusting God. God may want us to be persecuted, so we can glorify him and draw many to his name. Chinese Christians have some success by just this path. If they had power, they would drive people away.